8 weeks and a team of 3 to overhaul the Post office's 2006 savers website and elevating it to today's AA responsive standards.
Working in a small team of 3 with myself as Design Lead, a UX Lead and a Frontend Developer we were responsible for the redesign of the Post Office Money Savers website.

The original site had been developed in 2006 and was in urgent need of an overhaul to bring it up to date with today's web standards. It required a complete redesign from both a UX and visual perspective.

The project was initiated with a workshop between ourselves and the client to grasp the expectations of what was required and any technical limitations. The whole project cycle from start to delivery was just 8 weeks. Within that time we worked closely with the clients inhouse 2 days a week. We also had to cater for multiple show and tell sessions with the numerous stakeholders from both the Bank of Ireland (underwriters for the Post Office) and the Post Office. This close working relationship we built with the client enabled us to rapidly iterate the design and test with users until all parties were happy with the final solution. Once I had finalised the style guides and pattern libraries, it was passed to our developer who worked up a fully functional prototype. This was delivered alongside the documented style guides and specs for development offshore. 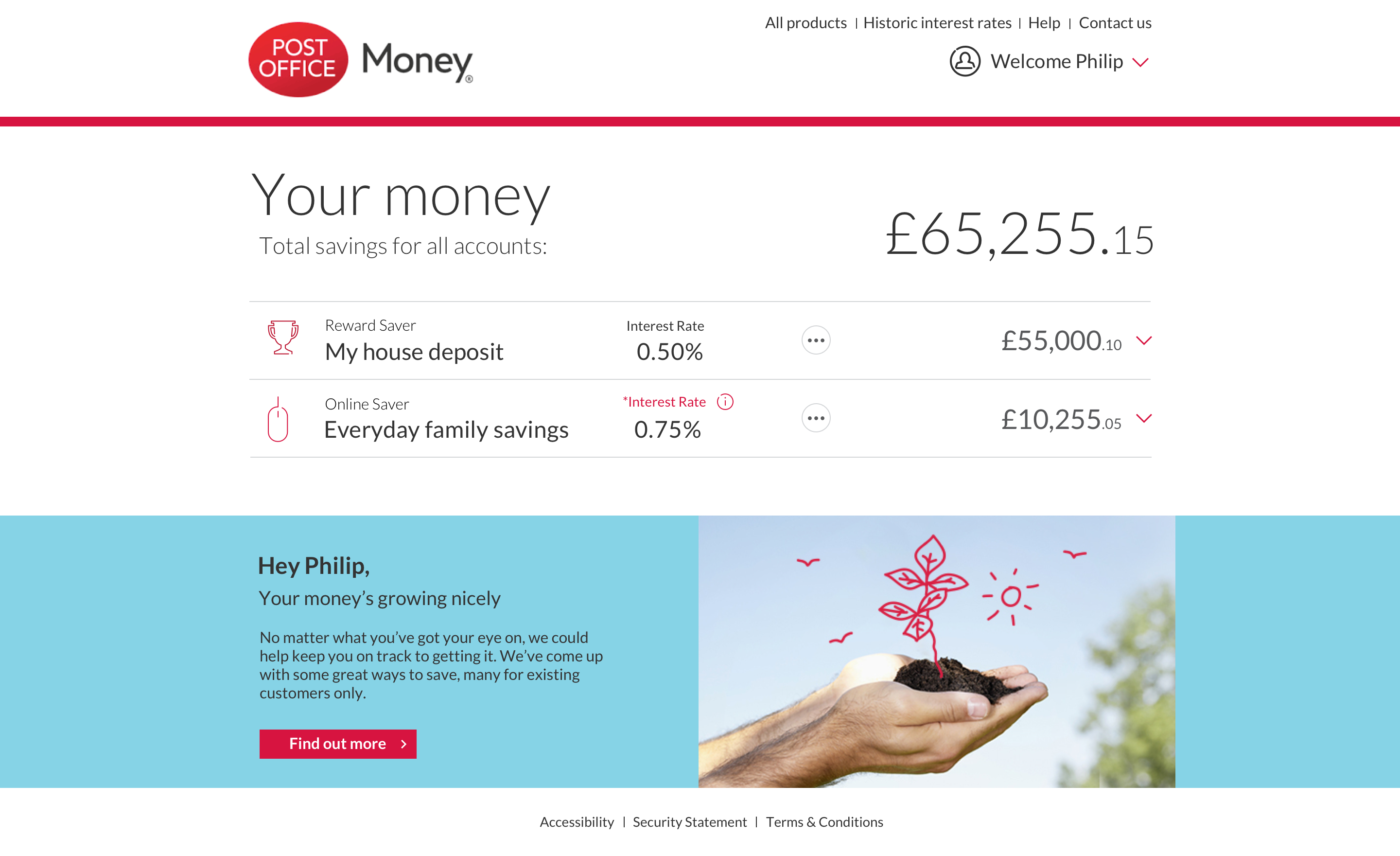 Visual / UX / UI
The original site had an extensive and complex nested LHS navigation. We decided to erase this and opt for a single 'hub' approach where the user can access all their actions from the home page, rarely ever being more than 1 or 2 clicks from their objective. 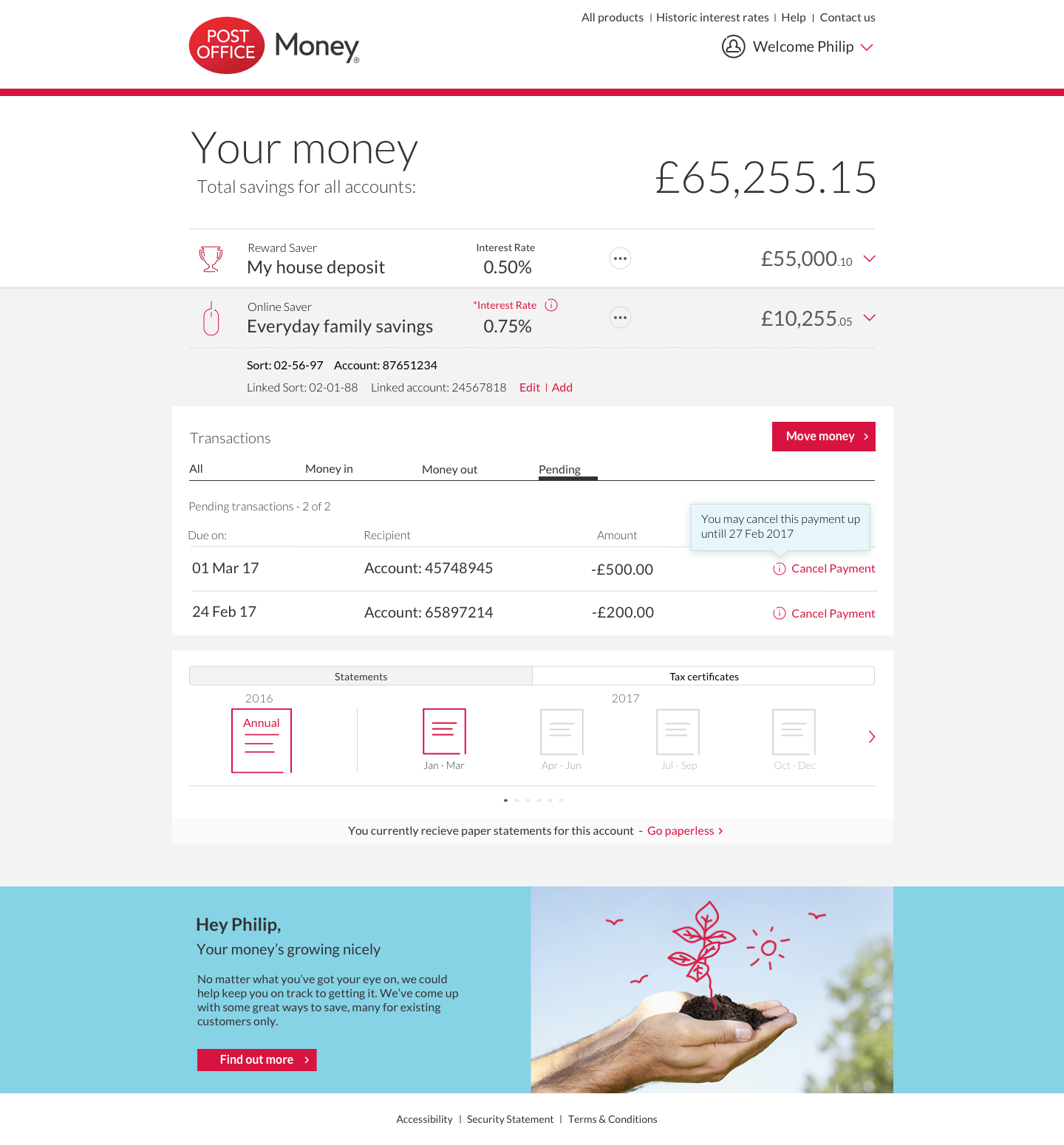 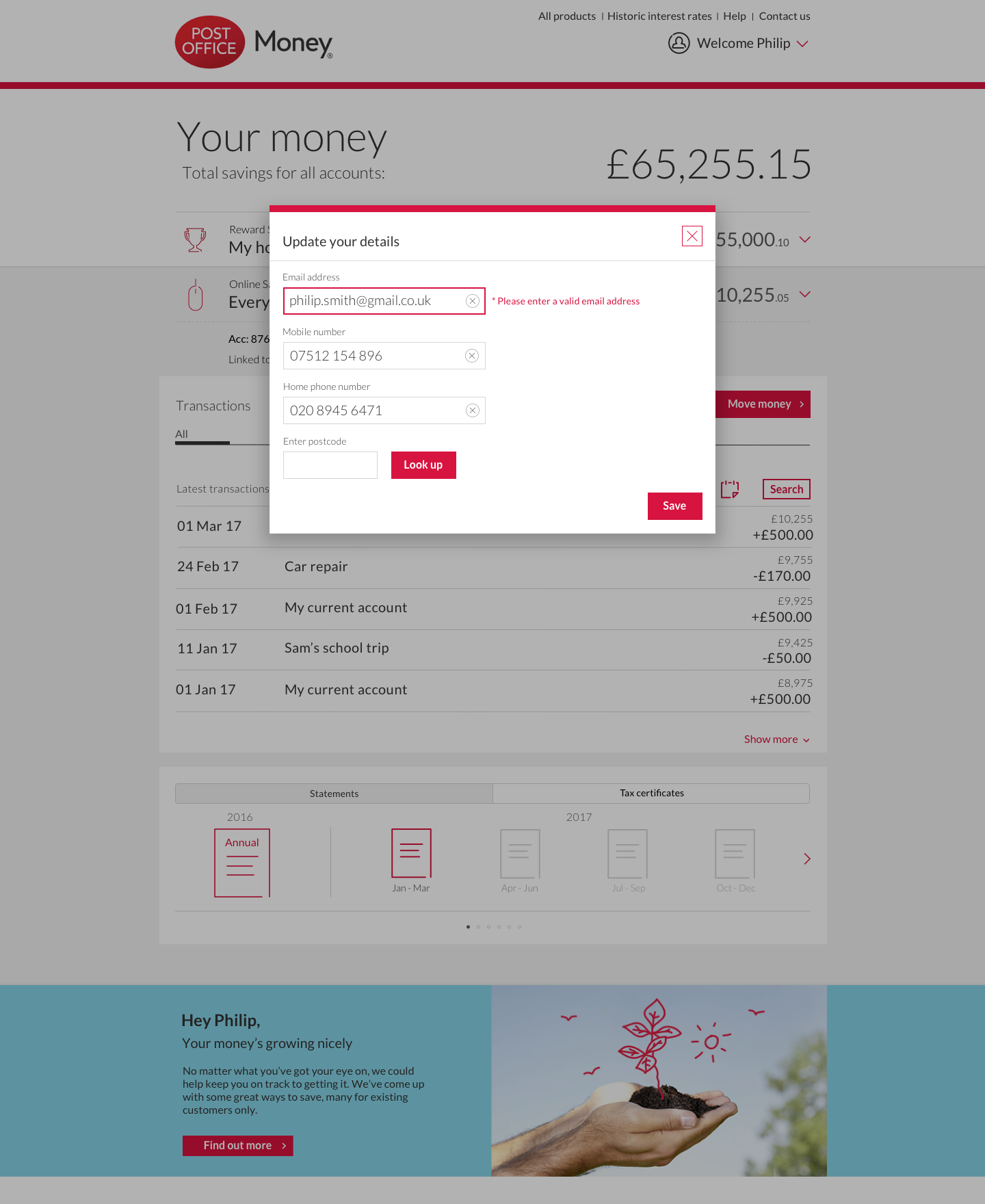 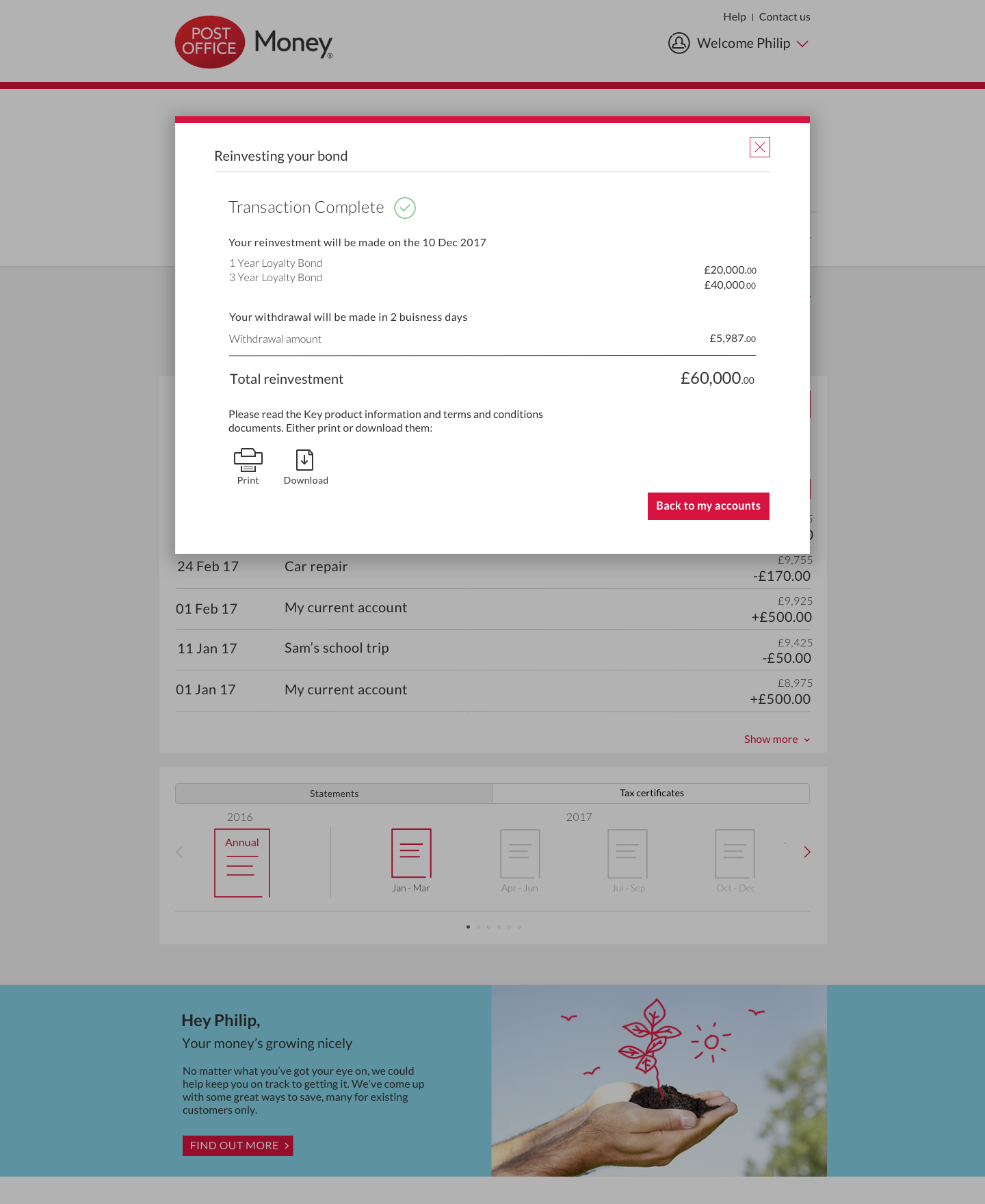 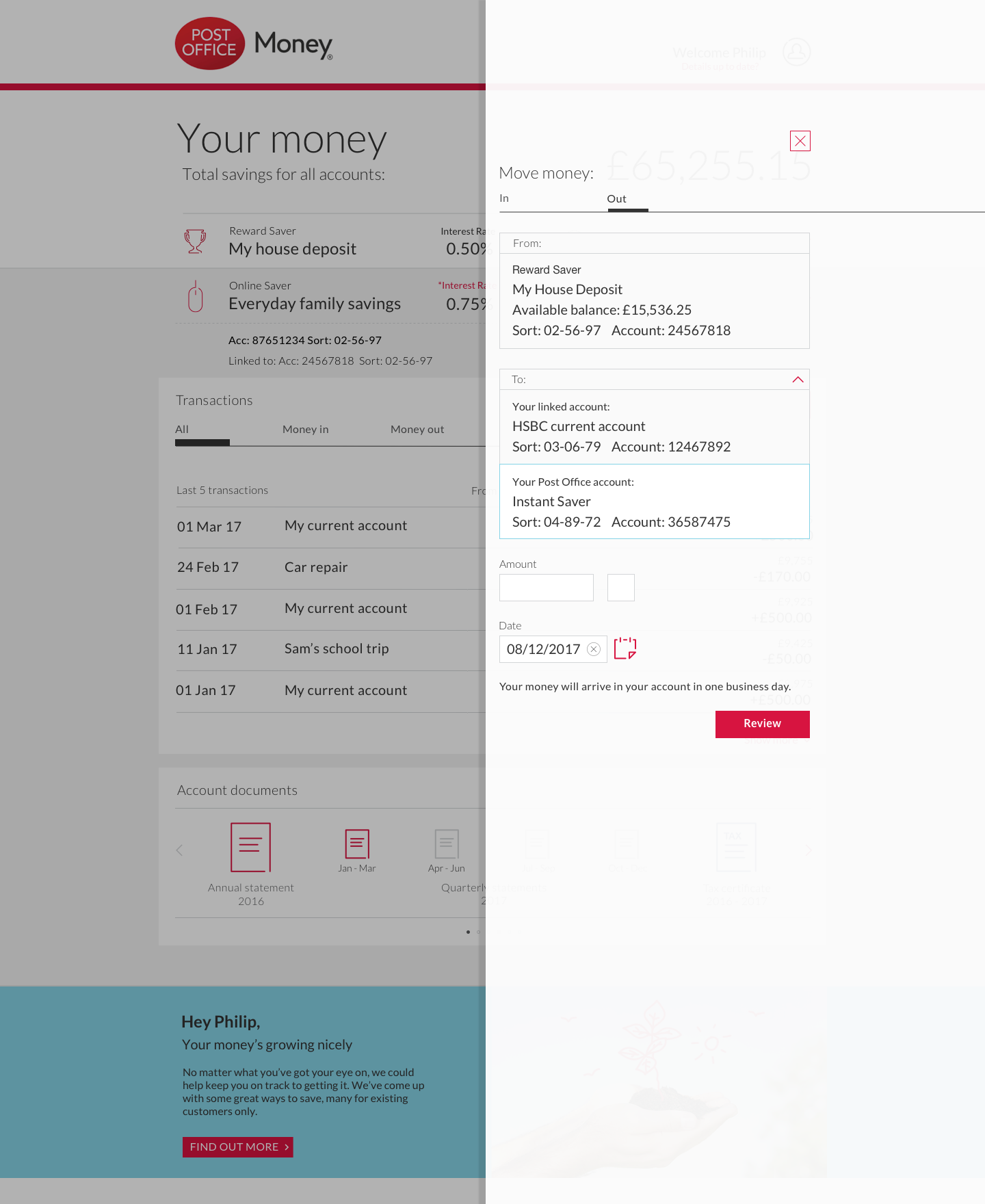 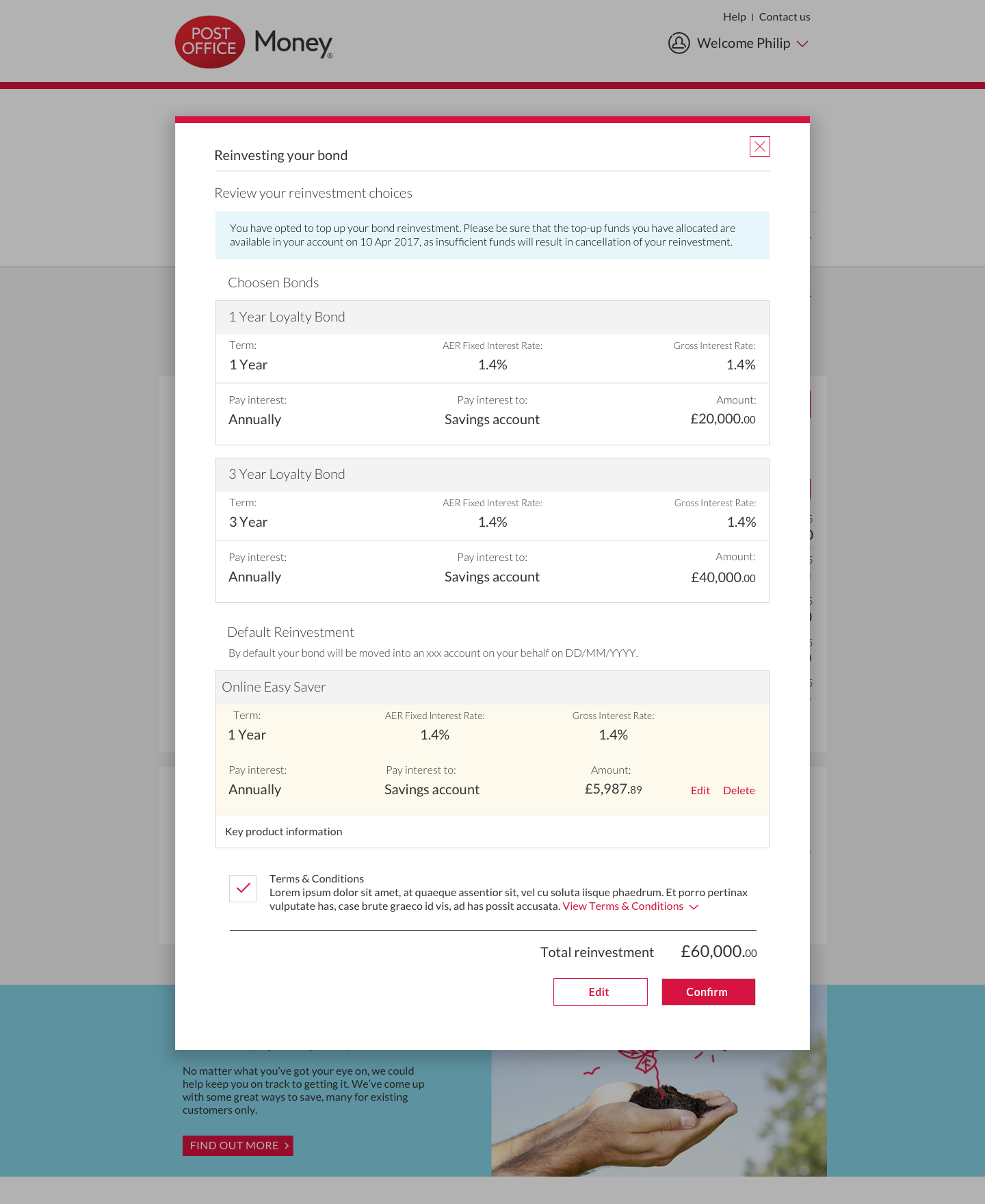 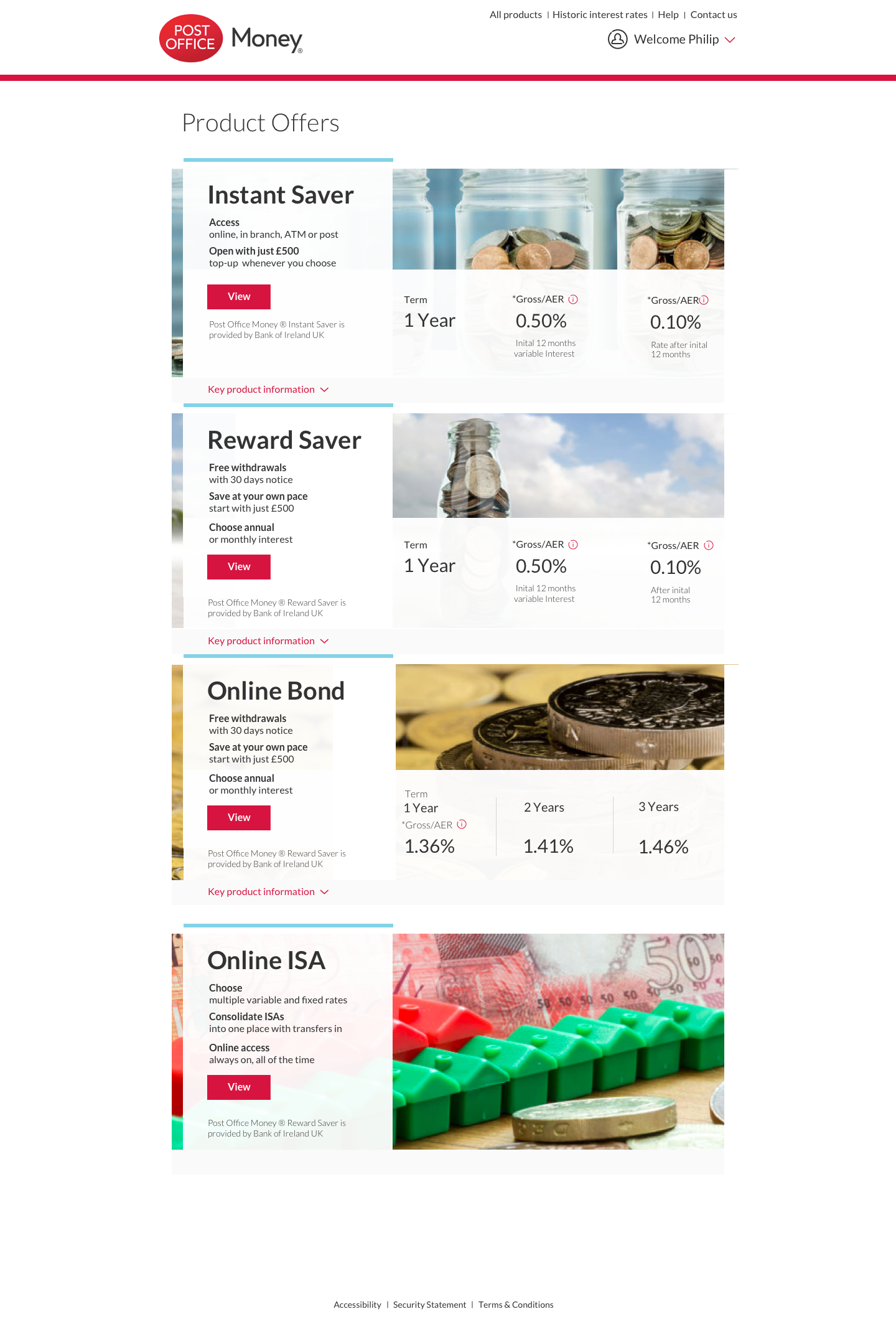 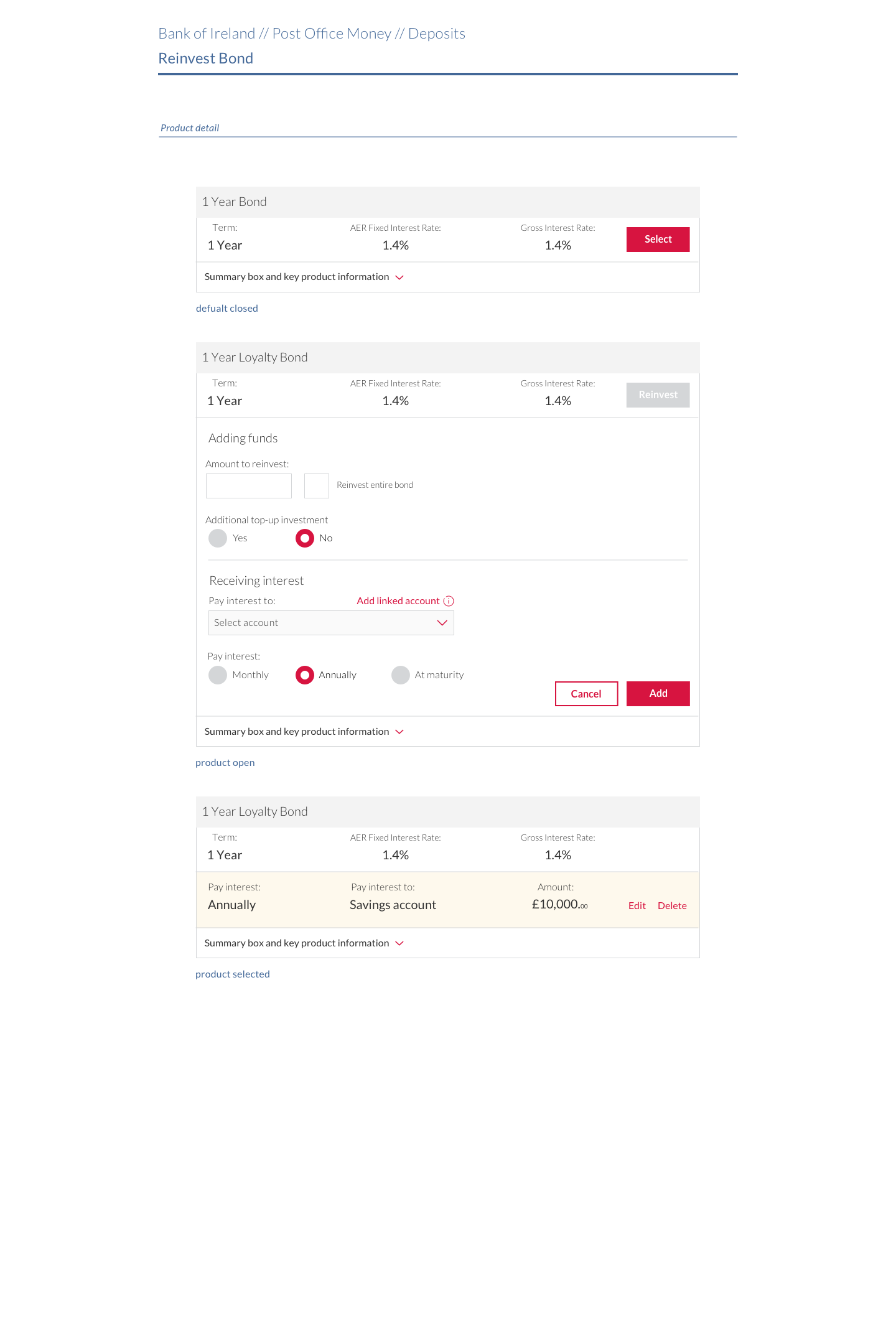 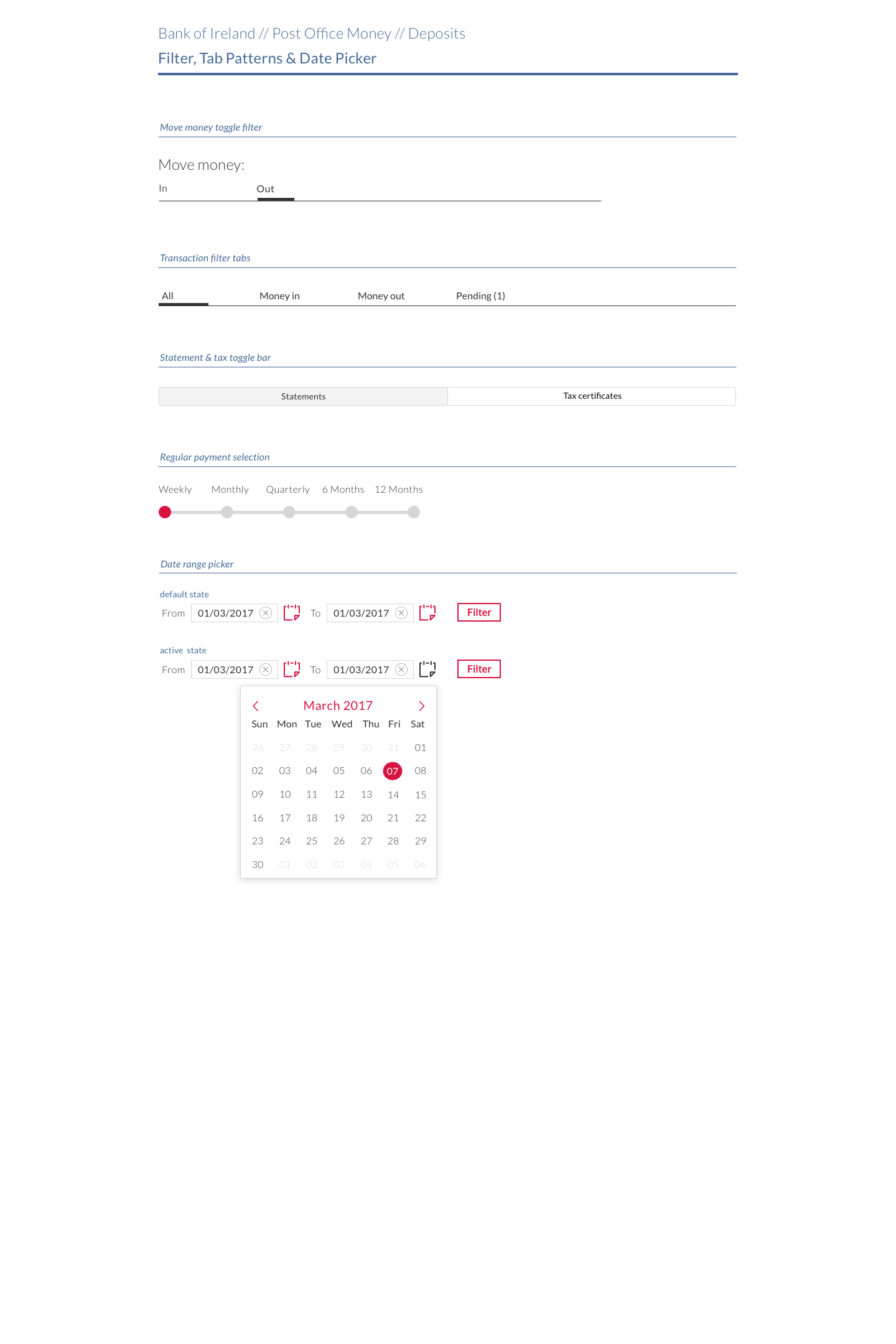 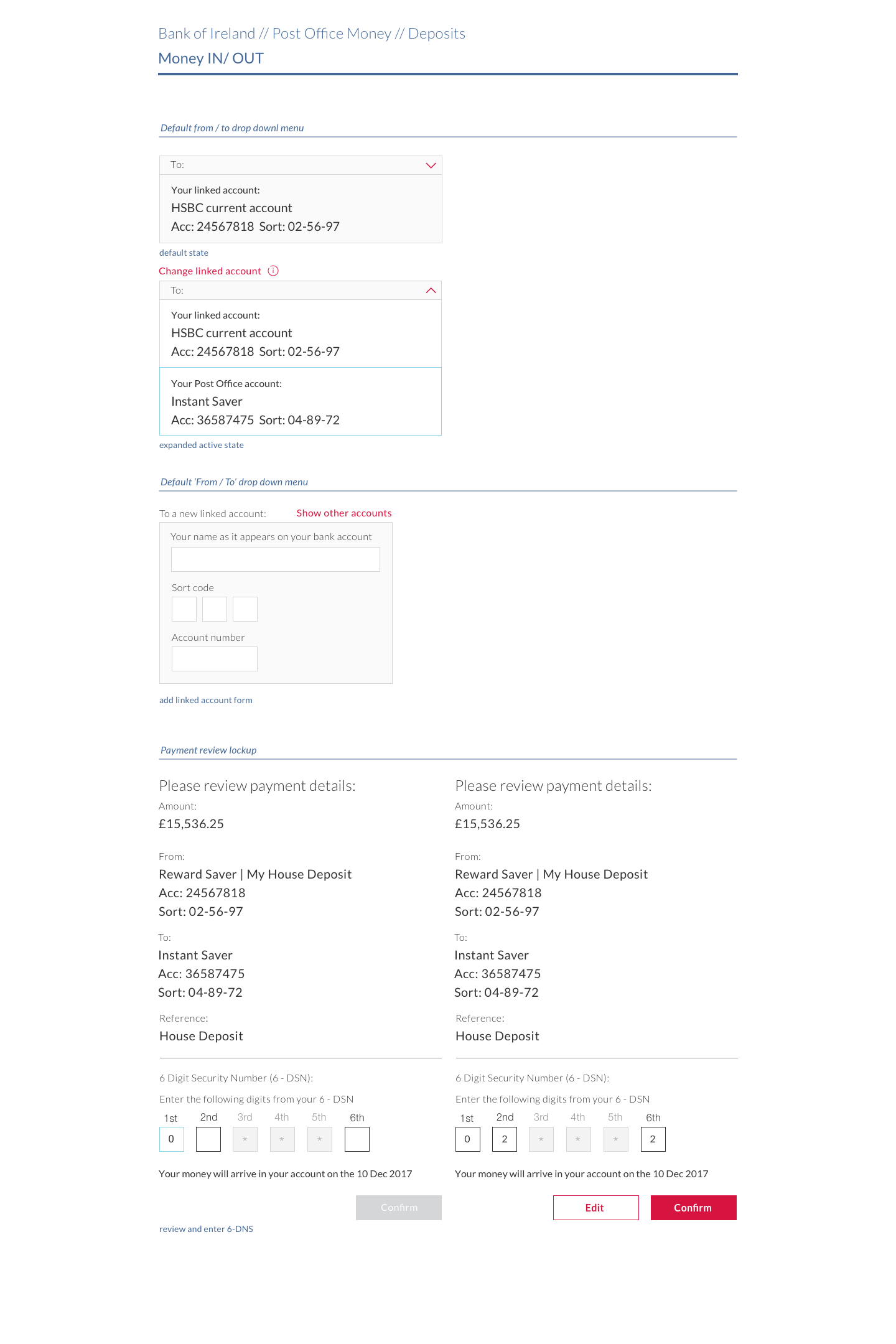 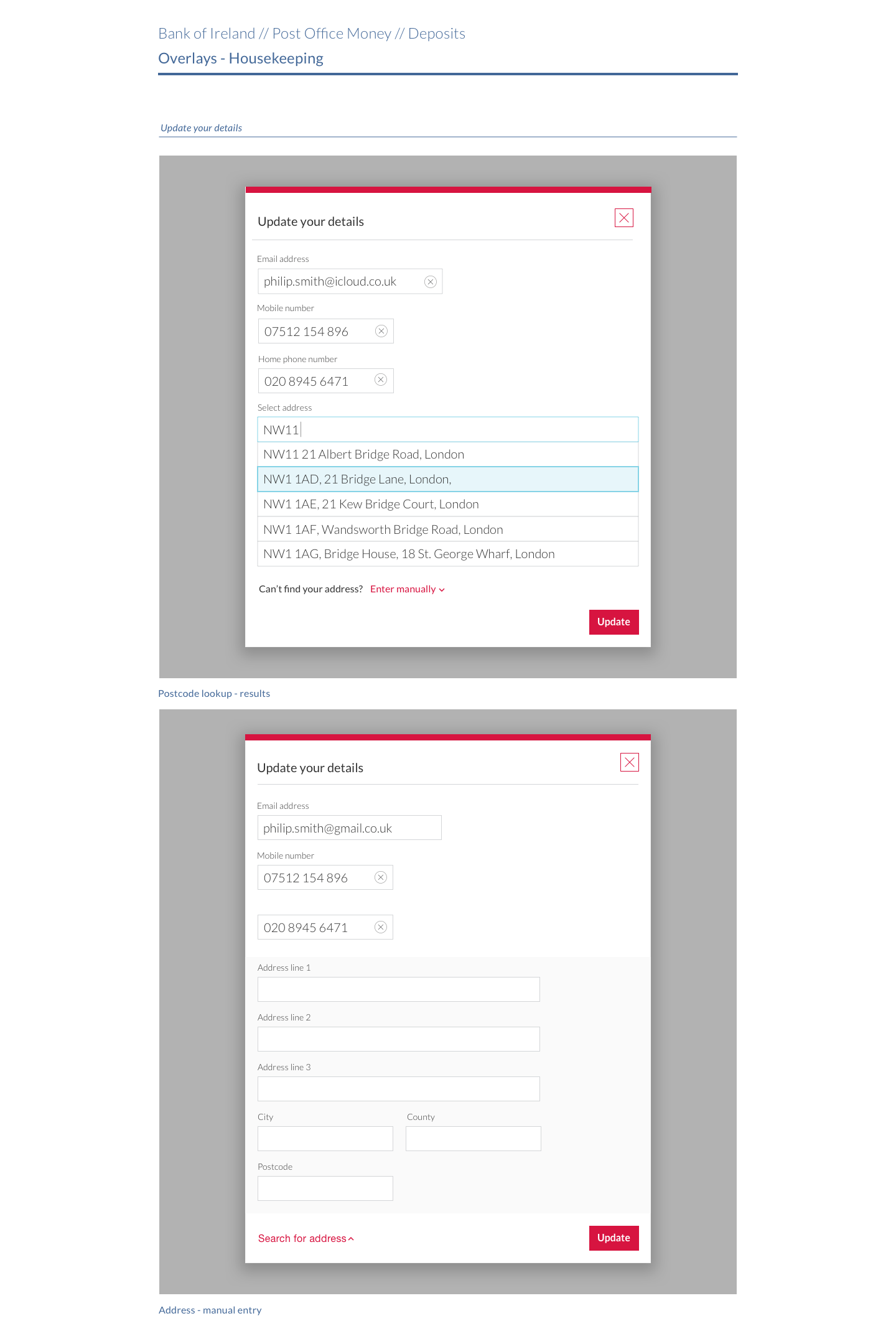 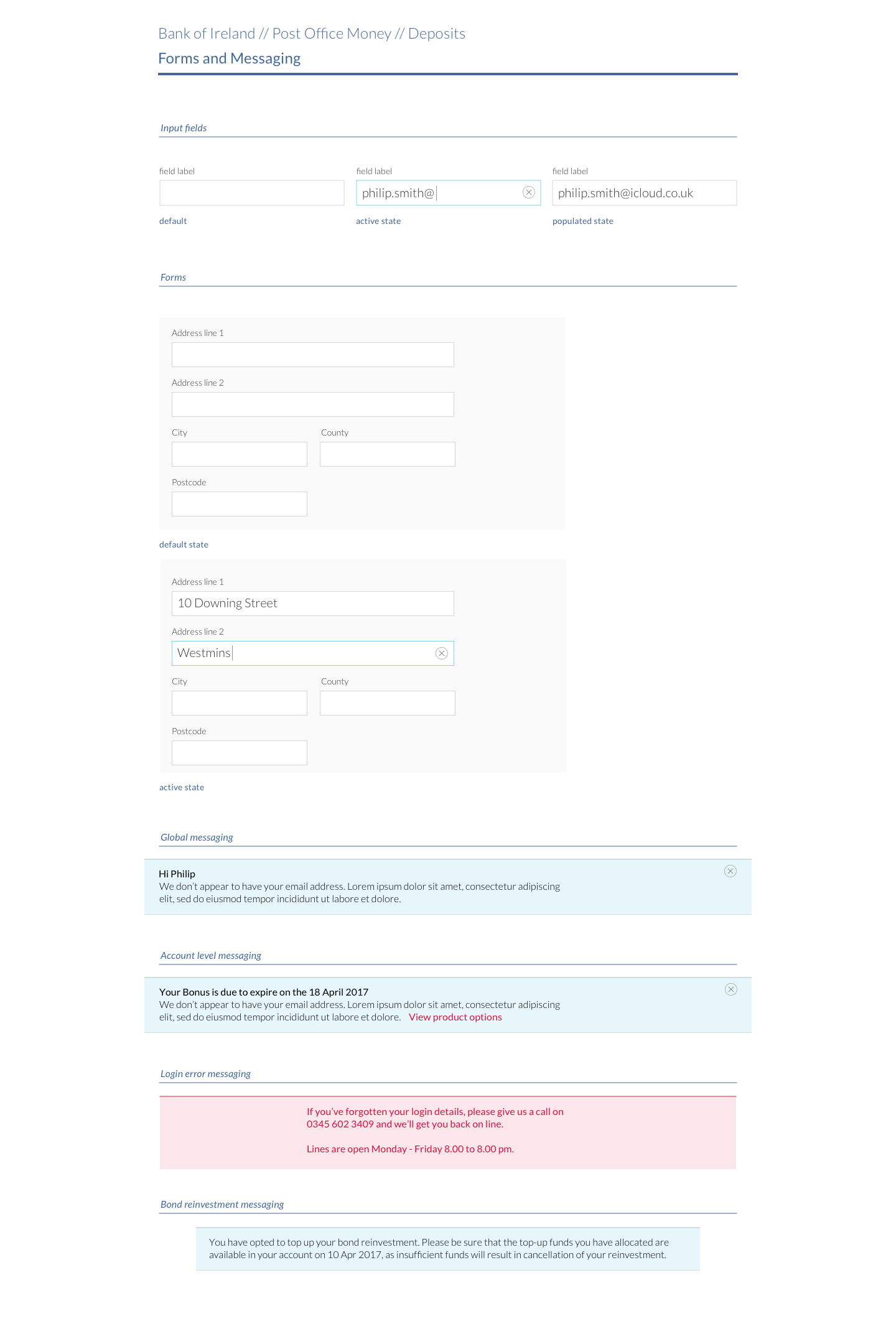 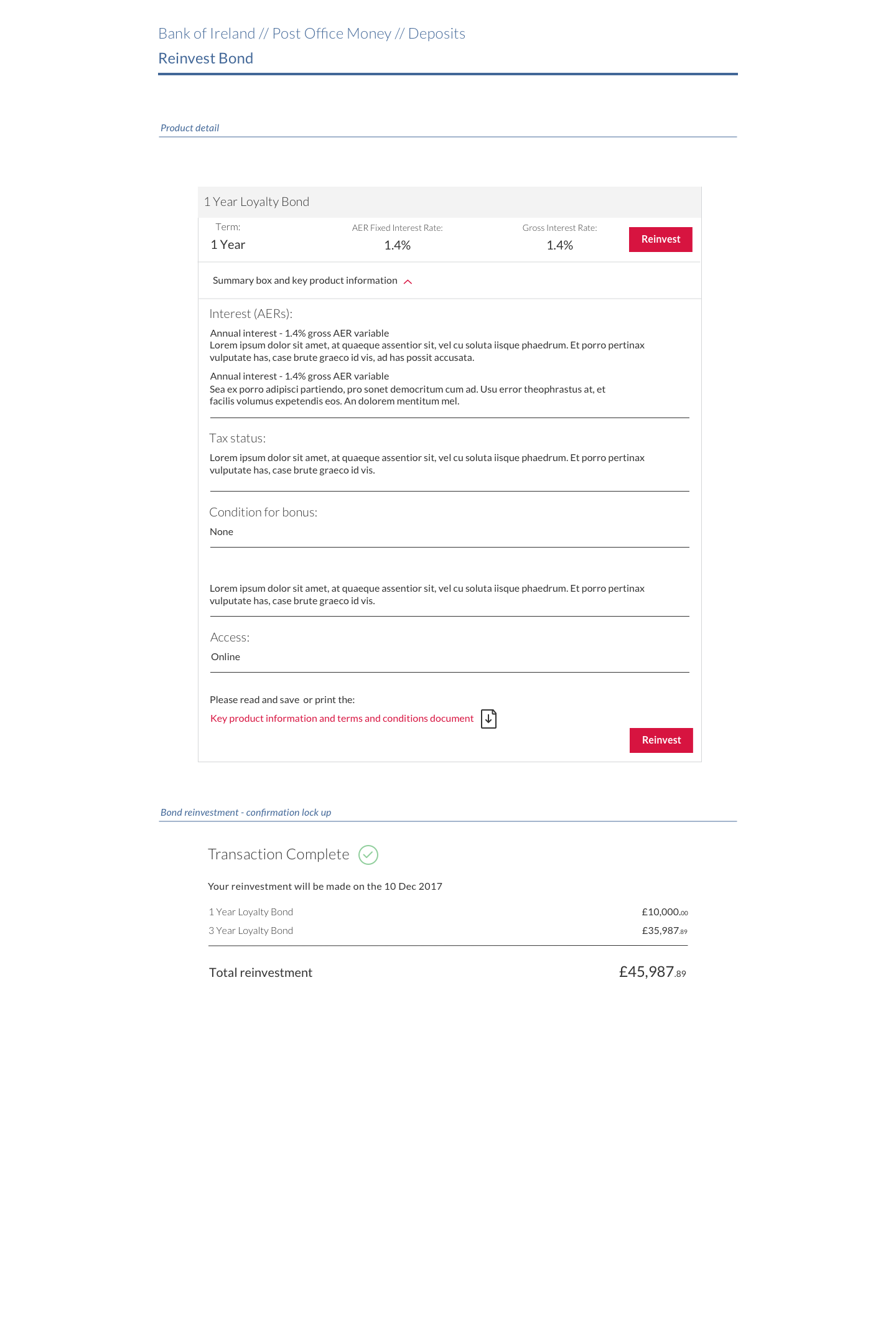 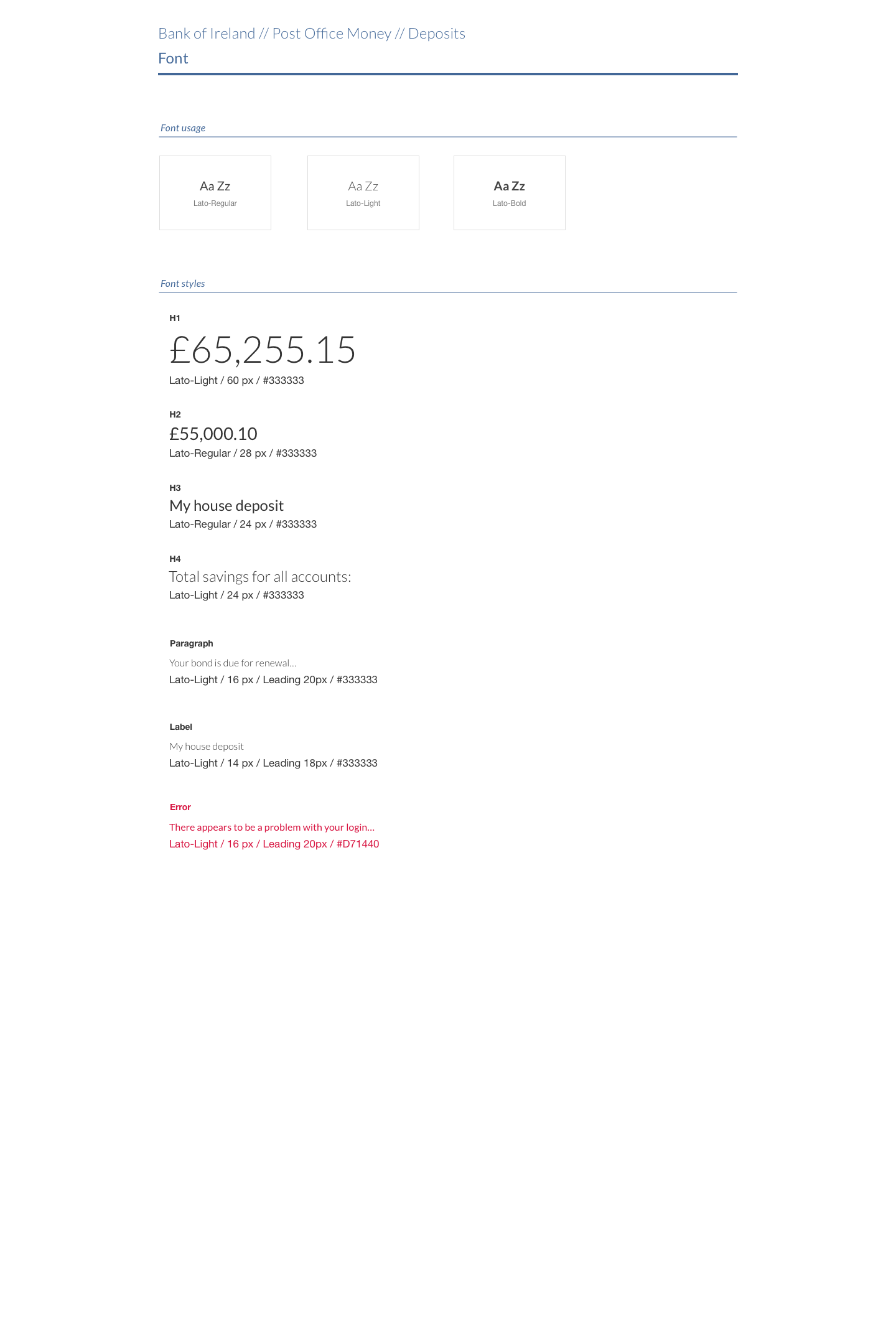 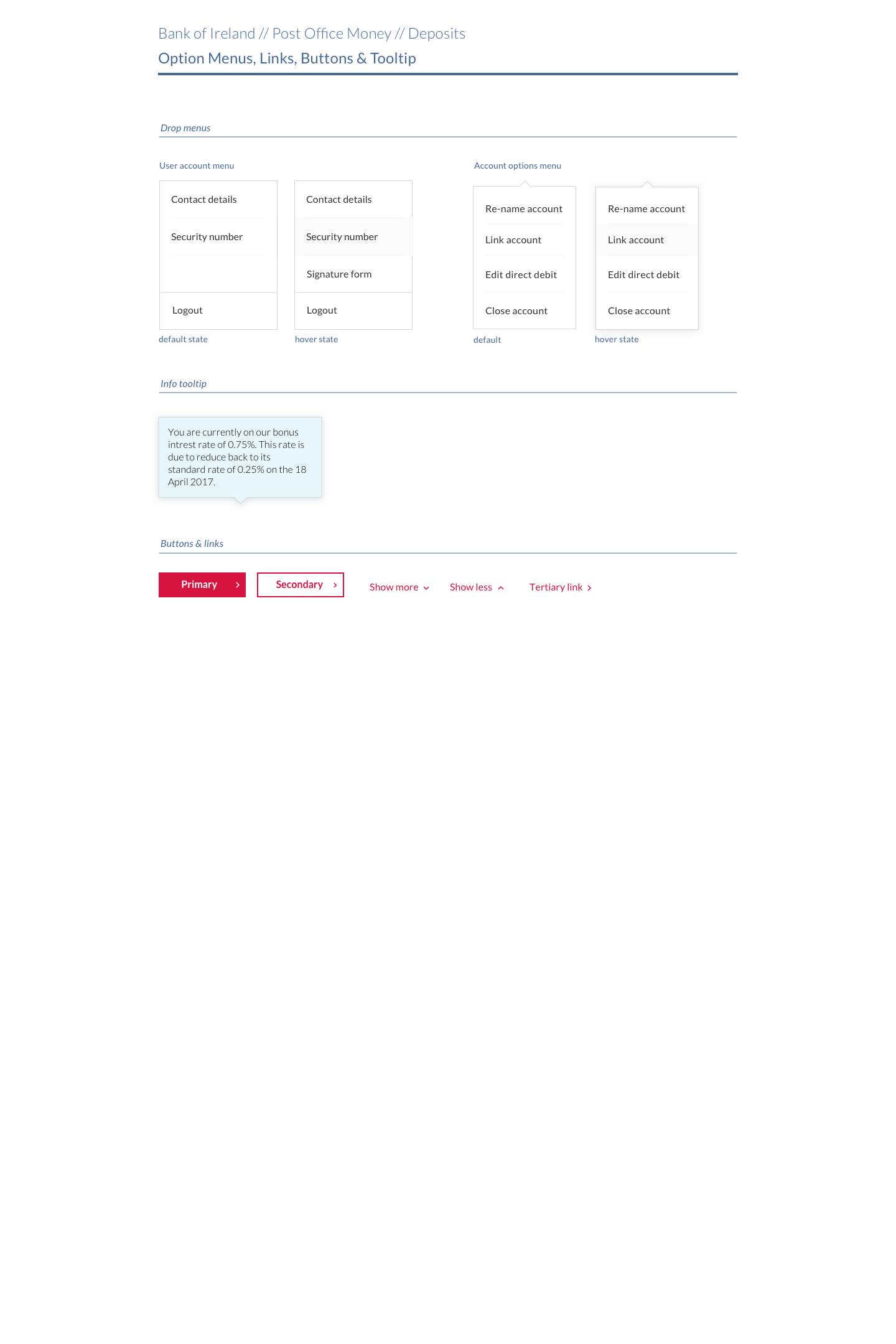 Data Visualisation / Typography / Desktop / Mobile
The design process was of rapid interaction, comprising of user testing, feedback and refinement. The initial designs incorporated added features that help users gain an insight into their savings growth and spending as well as the ability to subdivide their savings into 'pots' for ease of management and clearer visibility. The first designs were not branded but intentionally vanilla so as not to influence the user testing with pre-conceptions they may of had associated with the Post Office brand. Although the added features were greatly received by both the users and the client, they were parked for future reference due to time and development restrictions. 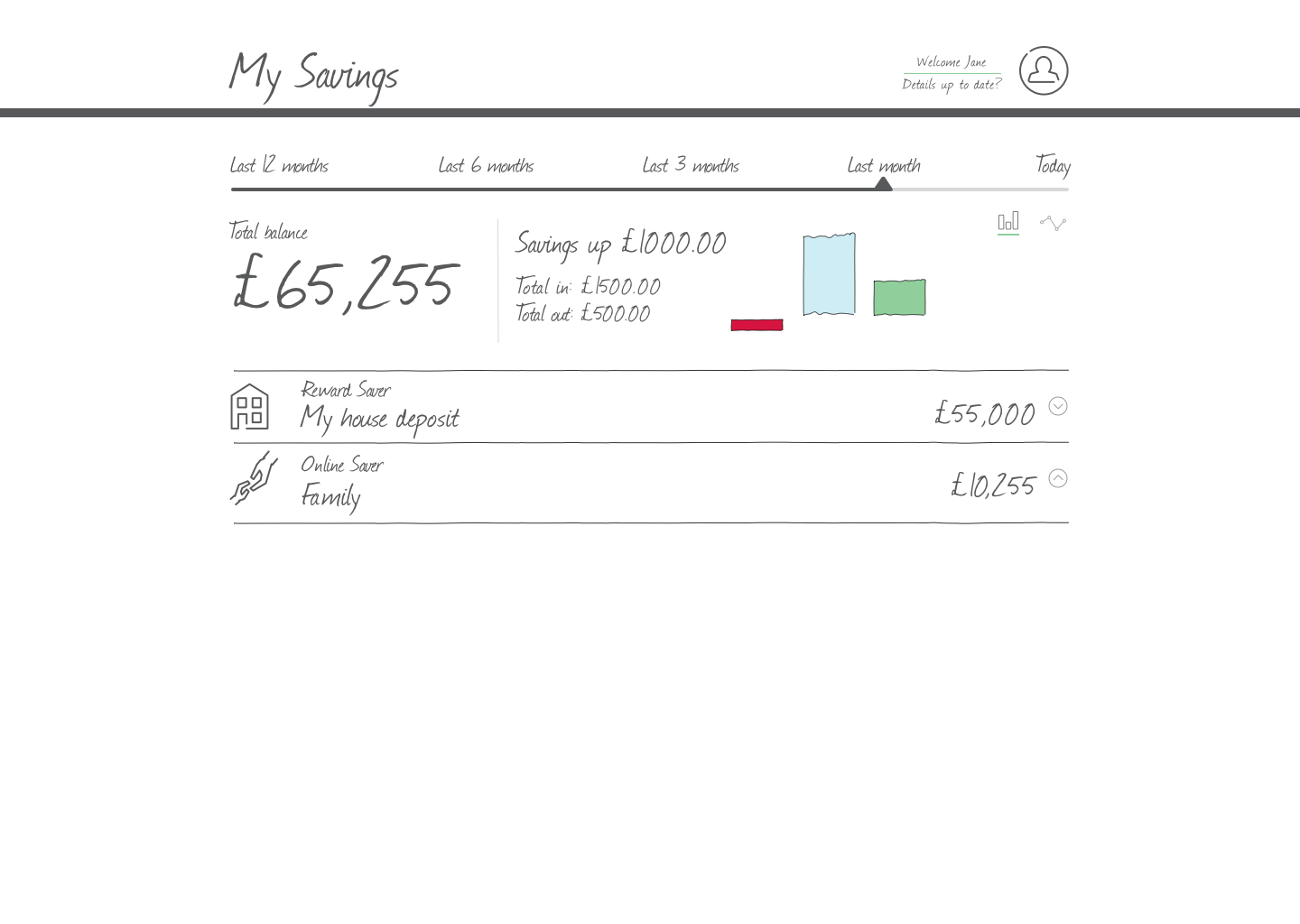 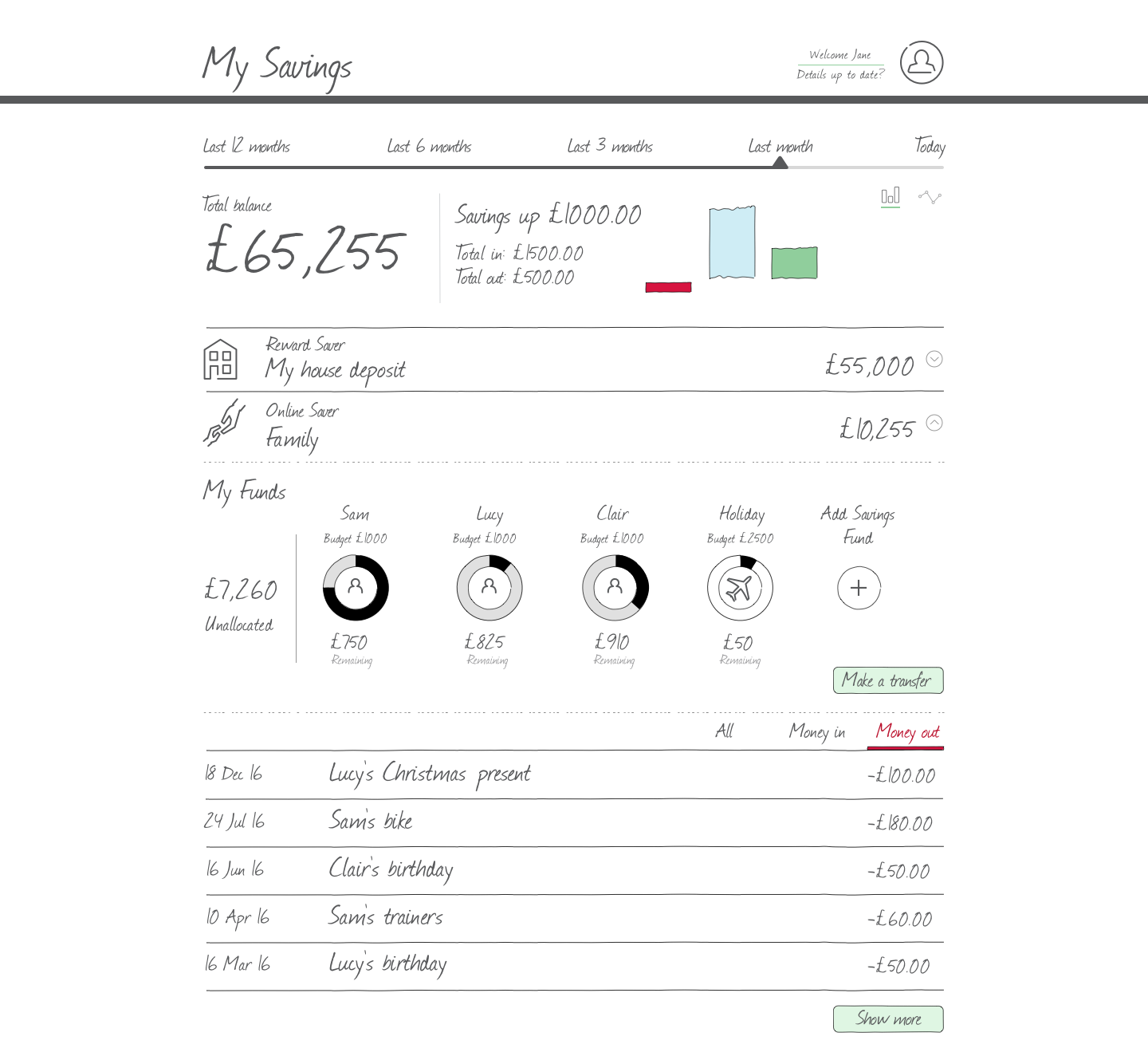 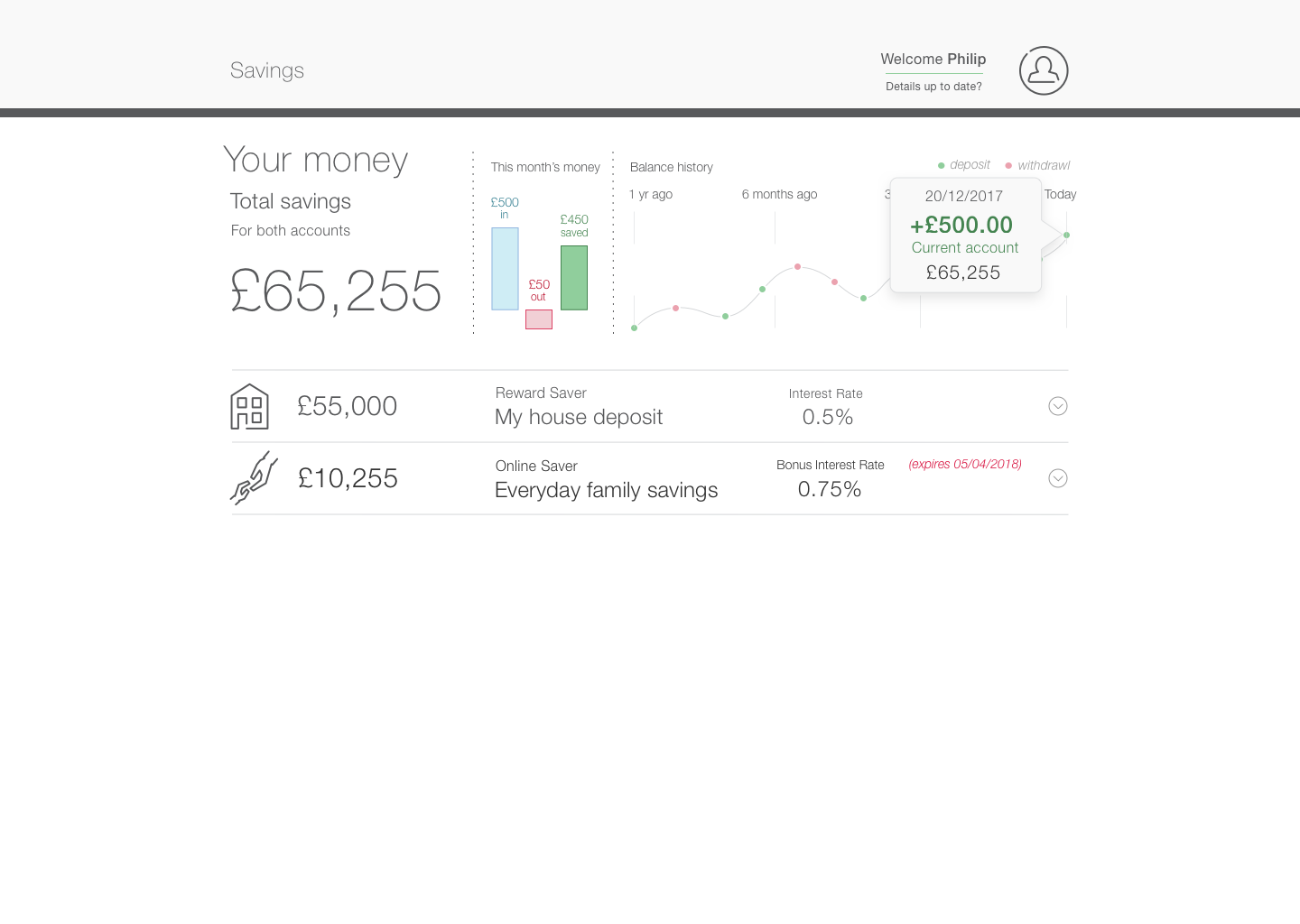 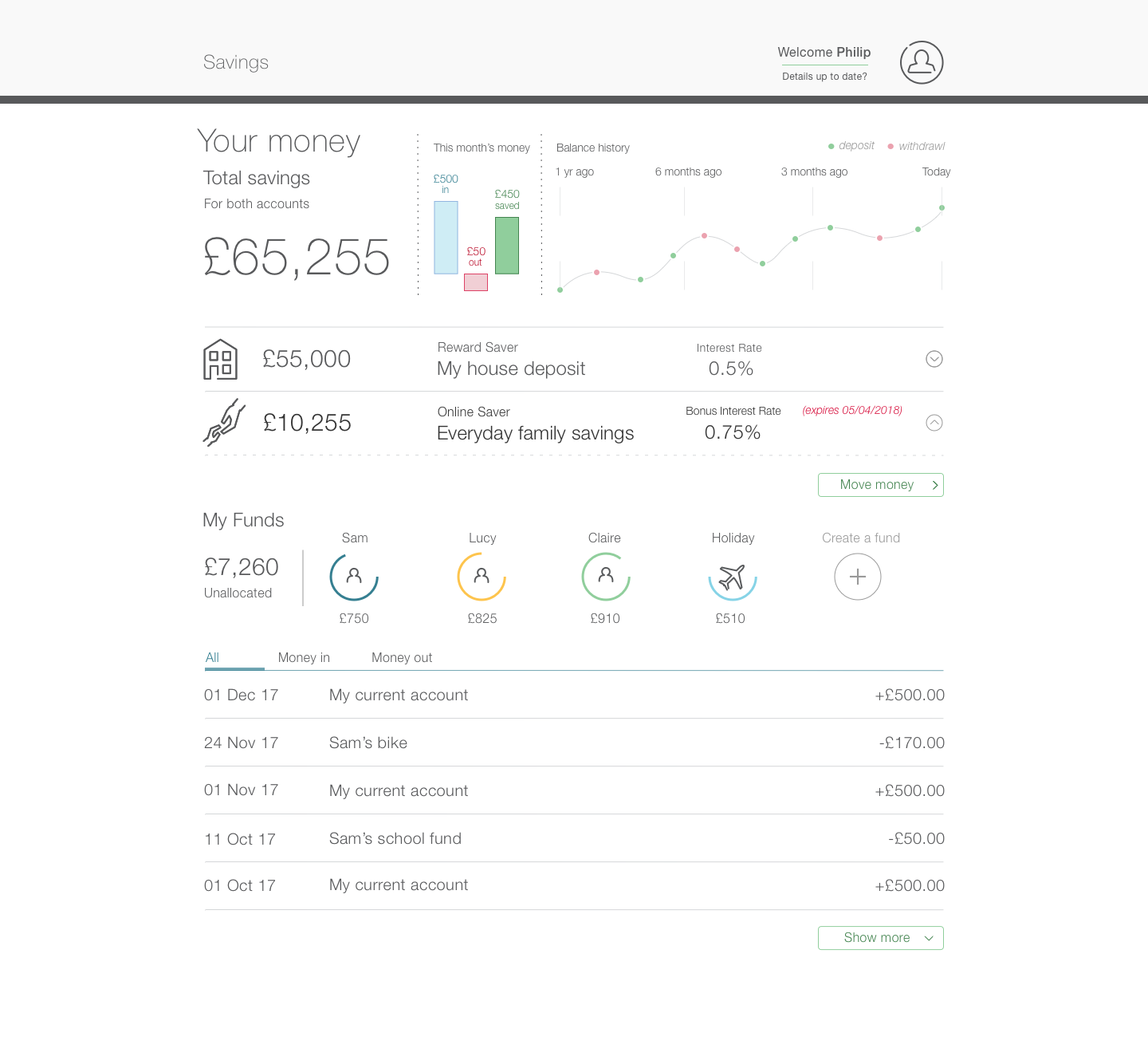 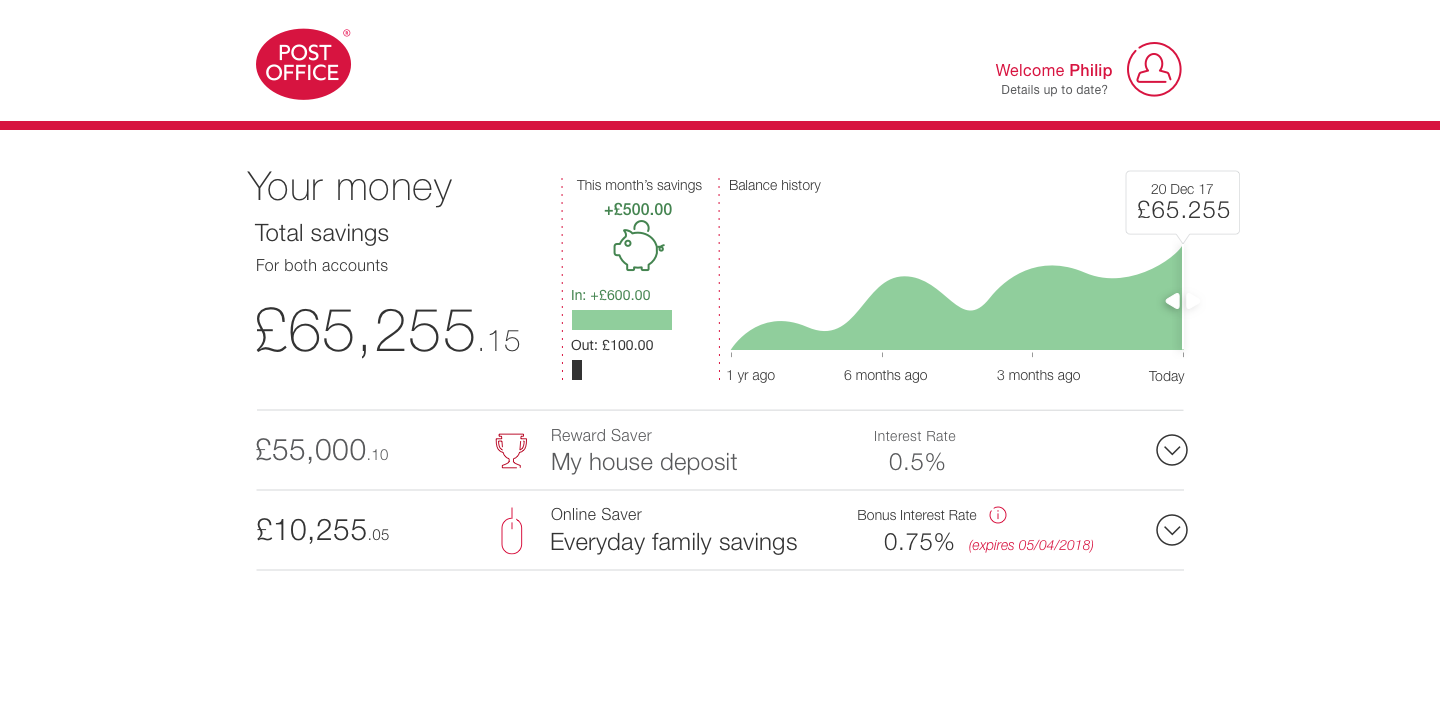 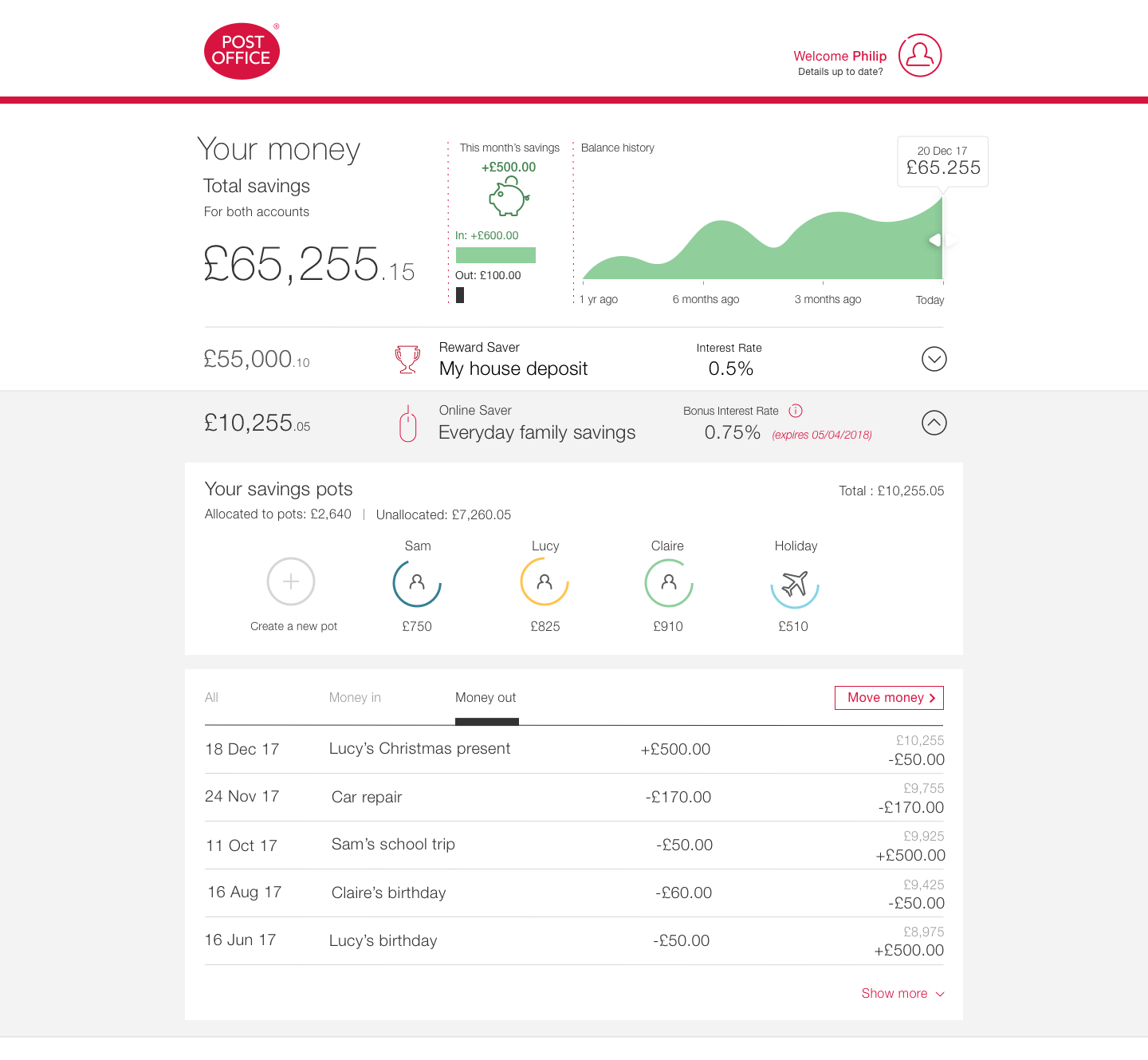